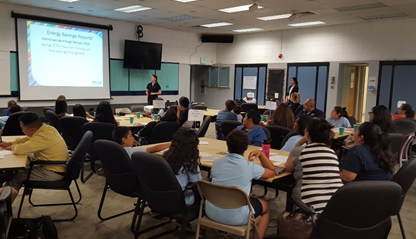 The southern California PowerSave Schools program is excited to kick off a new school year as students head back to class this August. To get energy efficiency programs off on the right foot, Professional Development Workshops (PDW) are underway in Southern California Edison-funded schools. These workshops are a benchmark of the PowerSave schools program, and offer teachers, custodians, and PowerSave team leads the tools they need to lead a successful program. These workshops introduce PowerSave Schools, discuss why energy matters, give teachers a toolkit training, and provide space for a team planning session. Professional Development Workshops are just the beginning for new teams. It’s when we begin the process of discussing how we will meet our goals to save energy, reduce energy costs, educate students about energy, and foster student leadership, teamwork, and community involvement. 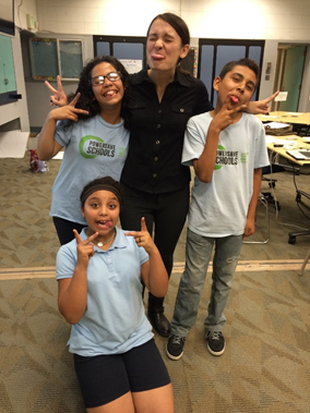 During these workshops, the PowerSave team gets to talk about energy in a meaningful way. We get to discuss why we care about energy and why energy is important. For example, even though the US represents only 5% of the world’s population, we use 25% of the world’s energy resources. We have tremendous room for improvement when it comes to energy use. Energy efficiency is the cleanest, quickest, and cheapest resource for securing a healthy environment and a healthy economy. Efficiency is particularly beneficial to US schools, which typically spend six to eight billion dollars on energy annually, which is more than the cost of computers and textbooks combined. An estimated 30% of that six to eight billion is lost because of waste or building inefficiencies. This is one of the largest cost in a school district’s budget, second only to teacher salaries. Implementing energy-efficient behaviors doesn’t mean going back to the dark ages—it means doing more with less. PDWs create a space to pass this knowledge to the students and teachers who can make real, impactful changes on campus.

PDWs are an incredibly exciting time of year for the PowerSave Schools team. We get to bring together a passionate group of educators from each district and discuss why energy saving is so important and why students are the best people to tackle energy efficiency. The meetings inspire teachers, custodians, and district representatives to make a positive change in their schools, districts, and communities. We get to listen in as schools discuss their plans for the upcoming year with in-person support from their local project leader, and hand them the tools to make those dreams a reality. We get to discuss opportunities like field trips, and incentives like free materials and savings that will be returned back to the schools themselves. PDW season is rife with possibilities and enthusiasm for what’s to come. 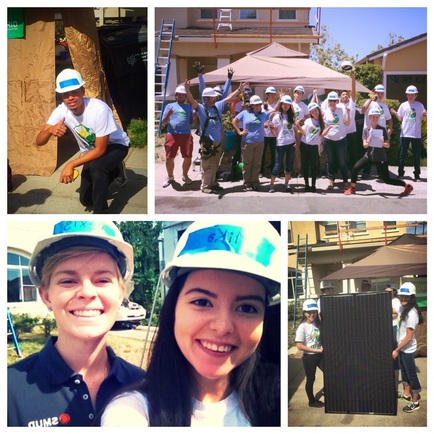 In July, PowerSave Schools partnered with Sacramento Municipal Utility District (SMUD) to create an Audit and Conservation Training (ACT) program for eight Sacramento high schools. The program features a week-long summer training session for students where they learned the basics about energy use and demand on campus. Project Manager David Younan-Montgomery and Program Associate Alexis Whitaker led two of these week-long training sessions in July, each with four schools from the ACT program in attendance. These training sessions were supported by professional energy auditors from KWW Energy Services. The students received standards-based energy literacy education, empowering students to discover and leverage energy savings opportunities at school and in the community.

The students truly shined during a light bulb experiment, where they were given a watt meter, a foot-candle meter, and an infrared thermometer, determined which of three light bulbs was the most energy efficient. After designing their own experiment, every student group determined that LED bulbs are the most efficient and gave a short, data-driven presentation about their experiment. Later, the students presented the same information very differently, creating skits that were designed to convince their classmates to switch to LED bulbs. The skits took creative and varied forms—from telenovelas to crime dramas, the students had some bright ideas about encouraging energy efficiency. 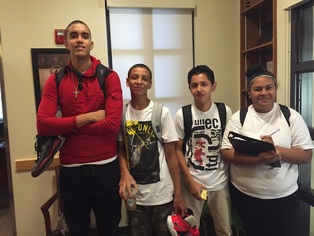 Energy auditing and understanding energy use is crucial to any efficiency plan. With the help of experts from KWW, students conducted a practice audit of the school hosting ACT training. Examining lighting levels, plug loads, and heating, ventilation and air conditioning (HVAC), the students performed a basic and thorough first-level audit of the campus. They got to examine a wide variety of rooms on a typical campus, auditing everything from classrooms to libraries and gyms. The KWW energy experts, Don Kazama and Tony Wong, spoke to the students about the hardware they had to work with on campus. They went over the type of lighting on a typical campus, as well as HVAC controls, and devices with large phantom loads. They also suggested the easiest hardware and infrastructure improvements that students may want to advocate for in the future.

These superstar students had been troopers all week—not many high schoolers would volunteer to sit in a classroom during summer vacation. When field trip Friday came along, the student excitement was palpable as they loaded onto busses and into cars to their destinations. Students from the first week of the ACT program went to a solar installation site with Grid Alternatives, a nonprofit that installs solar panels and energy efficient technologies for low-income neighborhoods. The students learned about how solar panels work, and students over 18 were able to go onto the roof and help install the panels themselves! During week two, students went on a tour of UC Berkeley led by two members of the PowerSave Campus team. They saw many energy-efficient technologies implemented on the campus, and learned about opportunities to participate in energy efficiency and sustainability on college campuses.

In the coming months, Alexis will return to each school site to lead the students in energy audits with the assistance of the experts at KWW. The data that students collect during these audits will prove invaluable moving forward, as students estimate the cost savings that can be accomplished by simple changes like turning off lights or unplugging appliances over breaks. During Energy Awareness Month in October, the students will launch conservation campaigns at their schools. The students are already bringing as much energy and creativity to their campaigns as they did to their skits during ACT training in July. There is talk of posters, contests, assemblies, and Wall-e movie nights. The PowerSave Team is thrilled to see what these students accomplish in the coming months. 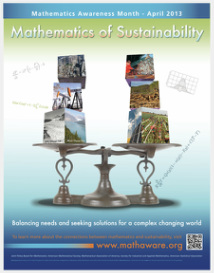 April is Mathematics Awareness Month, according to the American Mathematics Society, and this year’s theme is Mathematics in sustainability. In light of this theme, Mathematics can especially be used to help prepare the nation’s youth to become a more energy-literate citizenry. Mathematics helps students understand complex energy problems and can be used in a wide range of fields to create solutions for a sustainable, energy-efficient way of life. For example, energy-efficiency can be seen in the following sub-categories of mathematics:
Are you interested in sample problems that incorporate energy efficiency with the topics listed above? Click here.

Interested in seeing more news from the PowerSave Schools Program? Click here to check out our archived news.